Where to find the best West Coast flowers

Earlier this week I was invited by SANParks to take a trip out to the West Coast National Park, just an hour and a half away from Cape Town to see the famous flowers that burst out of the ground at this time of year. You could trawl along the various roads heading north out of Cape Town in search of these wild flowers but for a guaranteed sighting why not head straight to the Postberg section of the West Coast National Park, which is open for flower season during the months of August & September.

I have been to the West Coast National Park every year for the last five years and I can safely say these are the best flowers I have ever seen both in quantity and variety. 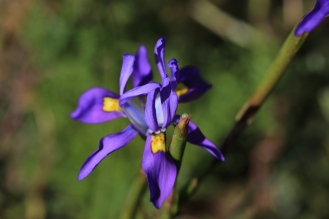 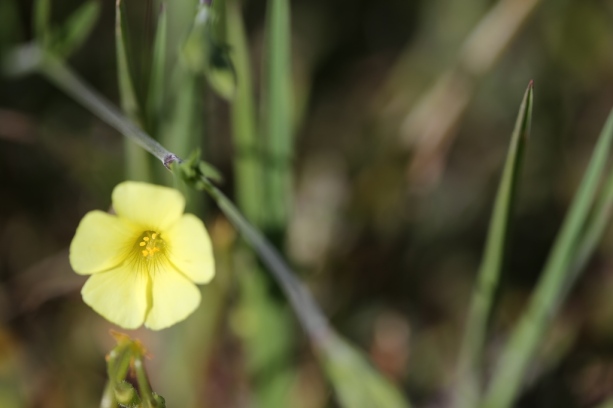 And the Postberg section is not just about the flowers, if you follow the road right to the top END_OF_DOCUMENT_TOKEN_TO_BE_REPLACED 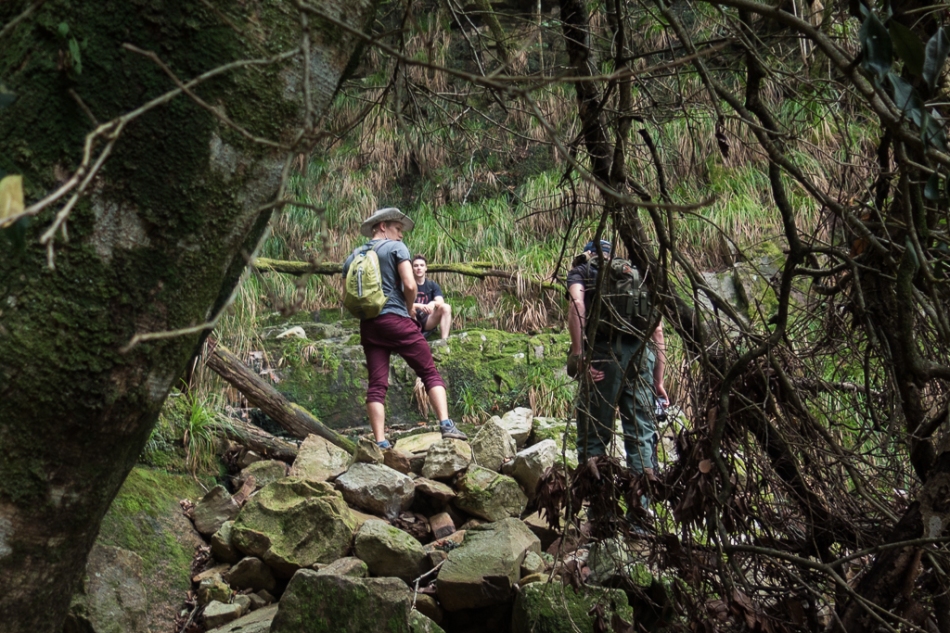 You continue up the rocky riverbed until the ravine narrows and a large cairn signals where you must turn right and traverse along the bottom of a cliff face. Once around the cliff face you END_OF_DOCUMENT_TOKEN_TO_BE_REPLACED

My failed attempt to reach the wreck of the BOS 400

I have been wanting to try this for a while now, that is hike to and photograph what remains of the BOS 400, a French derrick barge that ran aground in 1994 after it’s tow rope broke in heavy seas. I got up at 5:00am and set off towards Sandy Bay beach in the darkness with a headlamp hoping to reach the Oudeschip Peninsula at dawn and then make my way around Maori Bay to the shipwreck at sunrise to make use of the best light for photographs. Things did not go according to plan however…. 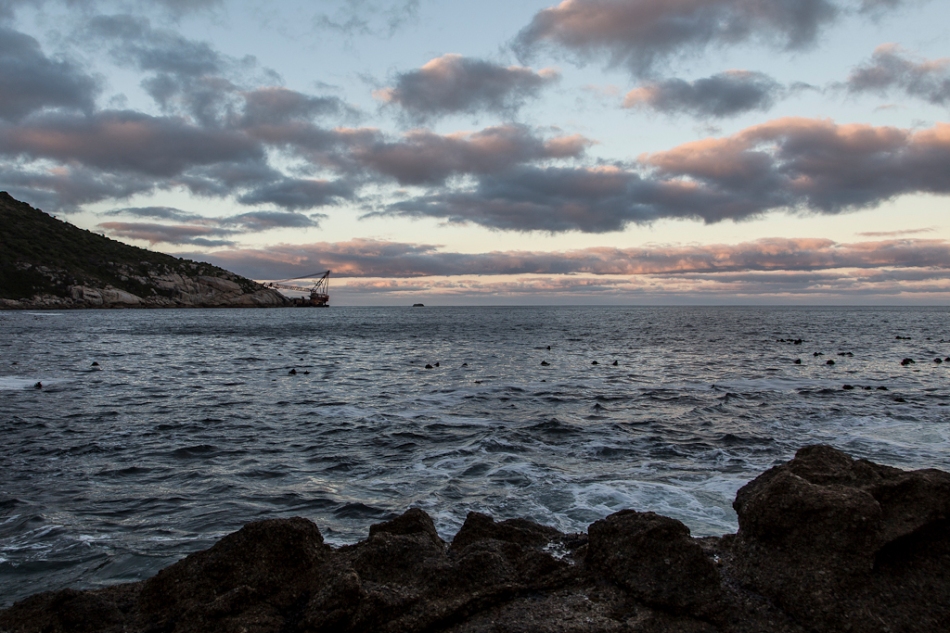 I made it to Oudeschip and across the bay I could now see the wreck of the BOS 400 but where I thought the path would continue around along the coast around the bay, it didn’t. I scrambled over the rocks thinking I could find my own way until the boulders turned into sheer rock faces and I could go no further without jumping END_OF_DOCUMENT_TOKEN_TO_BE_REPLACED

Paging through the official event magazine for this year’s Cycle Tour I came across this advert for the West Coast National Park and just thought I’d share it because, well, the image is a photograph I took on a clear morning back in 2012 just after sunrise. 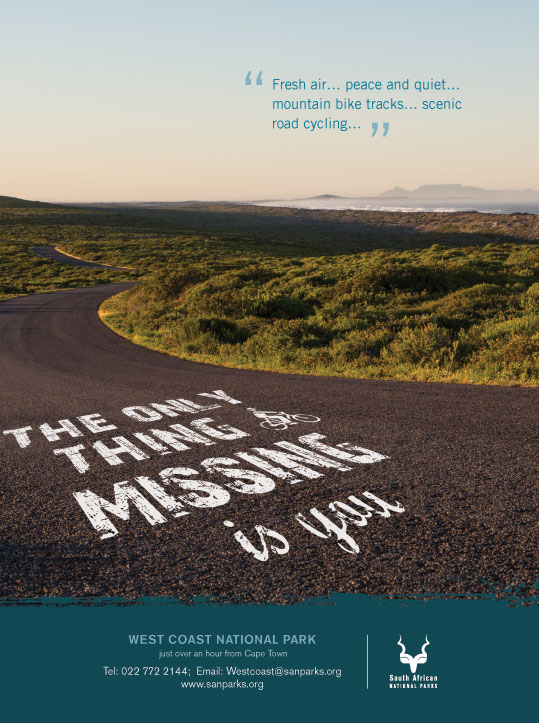 That aside, I have oiled my chain one last time and my bicycle is in the car ready for the World’s Largest Timed Cycle Race tomorrow, the 2014 Cape Argus Pick n Pay Momentum Cycle Tour, known to most simply as the Argus. It’s a 109km cycle race around  the Cape Peninsula and every year approximately 35000 cyclists take part. For years after moving to Cape Town I would go out and watch the seemingly endless stream of cyclists whizzing past when I decided I’d really like to be one of them and I was hooked. I feel like you can’t call yourself a Capetonian if you haven’t ridden the Argus. I have missed the past couple of years, having been out of the country or travelling so I’m looking forward to being back on the road again. Despite starting in the third last group, because I didn’t do any of the seeding races, the weather forecast is looking favourable. It isn’t going be too hot and the dreaded south-easterly wind is supposed to not be gale force. I am known for never doing much training for events like these but I feel like I am fitter than I’ve been for a while and I will be aiming for a sub 4hr 30min time tomorrow. See you on the road Cape Town…

Update: The official results are in and even though the wind made for tough conditions on the day I achieved my goal finishing in 4 hrs & 26 mins with an average speed of 24.58 km/h and finished 21st out of the 518 in my start group. I even had time to stop and chat with my friend Guy McDonald who was MC at the Tsogo Sun supporters spot in Camps Bay and took this pic of me with some of the cheerleaders on the side of the road. All in all a good Argus and a time to beat for next year.

Last week I was lucky enough to go flying again with my mate Hilton Mundy, this time in a Sling 2 light sport aircraft. We had planned to fly around Cape Point for me to take some pictures but the infamous south-easterly was howling across around the peninsula so we discussed some alternate routes and decided to head up the coast to Yzerfontein and West Coast National Park and then come back along the beach.

It was a perfect morning for flying at Morningstar airfield, just as the sun was peeking over the trees we pulled the aircraft out of the hangar, did the preflight checks and we were all set. There was no one else around as we taxied to the start of runway two zero, waited for the oil temp to reach normal and made our final radio call before takeoff. END_OF_DOCUMENT_TOKEN_TO_BE_REPLACED

Insta-anxiety, or was it just me? 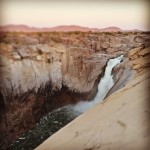 So I finally reached the end of my previous cellphone contract and could upgrade from a brand of cellphone that I came to regard with as much superstition as actors do ‘that Scottish play’. Needless to say I have crossed over to the Samsung Galaxy S4 and, as some of my friends have pointed out, I’m all to eager to show it off. Forgive me, it’s new and exciting although I have had several futile debates with iPhone users as to which device is better. Either way, I am happy with my choice and that’s all that really matters.

Th touch screen took some getting used too but was all very intuitive but the app world was a whole other kettle of choices. The camera on the above former unmentionable handset wasn’t worth mentioning but now with 13 mega pixels at hand the Samsung S4 has added another weapon to my photography arsenal. The obvious first step was to create an Instagram account, easy enough, but then the anxiety struck.

I also swore to myself that if/when I joined Instagram I wouldn’t share random pictures of plates of food (unless it was really unusual like the time I ate live squid in China), I vowed I wouldn’t take pictures of cups of coffee no matter how creative the design created by sprinkled cocoa on top is. There would be rules, I would only share images that were extraordinary but now where to start.

This had me paralysed for days and my account sat idle, until on a trip to the Northern Cape province of South Africa. We stopped overnight in the Augrabies Falls National Park and as the sun was setting I went off in search of a vantage point of the waterfall in the golden light at dusk and there it was. I took out my phone, played around with the effects, which I still didn’t fully understand, and picked a filter that matched the colours I saw with my eyes and I knew I had my first photo worthy of sharing on Instagram.

Did you have similar anxiety before sharing your first photo on Instagram, or was it just me?

This is not one of my usual travel adventure posts but I you see I was nominated by Kathryn Cooper of Anti-tourist Traveller to take part in the Capture the Colour 2013 photo blogging challenge. Unfortunately I have been on a photo assignment (more on that in another post) so I missed the closing date so I’m not eligible for the prize and nor will I be nominating 5 other bloggers as per the rules but I thought it still share my photographs for each of the five categories. 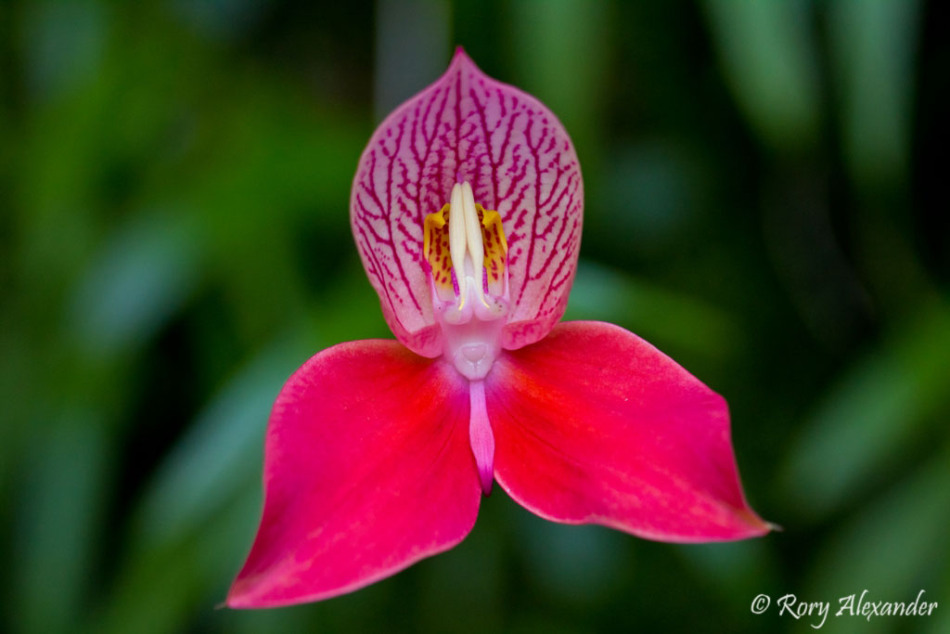 Red Disa in full bloom on the back of Table Mountain

A panorama of Lake Hawea, one of the most breathtaking views I came across while travelling around END_OF_DOCUMENT_TOKEN_TO_BE_REPLACED

Weekend away at Olifantsbos Cottage

Last weekend for my dad’s birthday we decided to go away as a family but long car journeys aren’t that desirable an option with two young nephews. Looking closer to home I suggested we try one of the SANParks cottages in the Cape of Good Hope section of Table Mountain National Park, better known as Cape Point. Luckily for us at relatively short notice there was availability and plenty of beds for our whole family and a few friends.

As the weekend neared the weather forecast wasn’t the best but nothing a fireplace and several bags of wood couldn’t fix. The rest of the family all went out on the Friday and I joined them on the Saturday. After lunch and an afternoon nap, there was a break in the rain and so END_OF_DOCUMENT_TOKEN_TO_BE_REPLACED

I wasn’t in a position to photograph the supermoon rising last night but did venture out into the garden later in the night when it was high in the sky. Looking up I was amazed to notice a large ring around the moon in the high cloud that was sitting above the mountain. This phenomenon of a rainbow created by light reflected by the moon, rather than direct sunlight, is known as a moonbow. Less colourful than their daylight equivalents they are much rarer and so even more special when you get to see one.

Did you see the moonbow over Cape Town last night?

After a fantastic few days in Addo it was time to head back to Cape Town, this time via the scenic Route 62 (R62) but we had one last stop on the roadtrip, Oudtshoorn. You may be asking yourself what there is to see and do in Oudtshoorn.

Probably the most well-known attraction just outside the town of Oudtshoorn is the Cango Caves where you have the option of a standard or adventure tour to explore this incredible cave system. As long as you aren’t claustrophobic I would highly recommend the adventure tour as you get to see a lot more of the cave system. While the caves are impressive the place we visited next was turned out to be Oudtshoorn best kept secret… END_OF_DOCUMENT_TOKEN_TO_BE_REPLACED