I had wanted to hike on the mountains above Cape Town since the fires last week to see first hand the extent of the damage and seeing as I had never climbed Chapman’s Peak before it seemed like a perfect opportunity to do so. A new friend from China asked if they could join me and I don’t normally like taking people on hikes that I haven’t done myslef before but after checking the route and map in Mike Lundy’s Best Walks in the Cape Peninsula it looked straight forward enough. So after an early rendezvous in Hout Bay, and a despite a cloudy start to the day, we took our first steps along the ash covered path.  It wasn’t long before we saw our first signs of regrow. The hike was very easy, possibly aided by the lack of grow along the path as a result of the fire damage and we made it to the peak in under an hour. The visibility wasn’t the best with cloud hanging over table mountain so we couldn’t see across to Gordon’s Bay but Noordhoek Beach and Kommetjie were bathed in sunlight and the view back towards Hout Bay is much like what you see when driving over Chapman’s Peak Drive, only 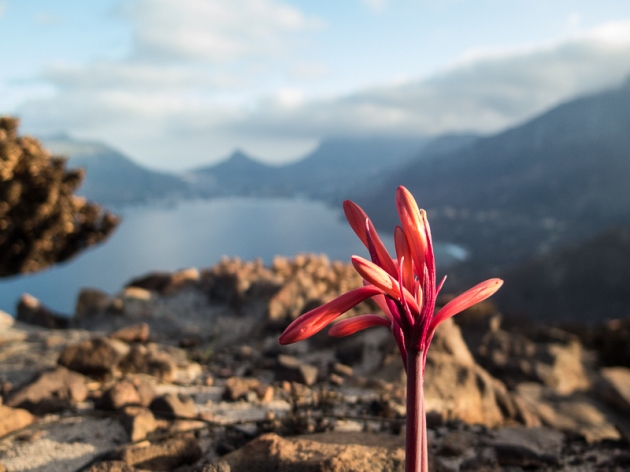 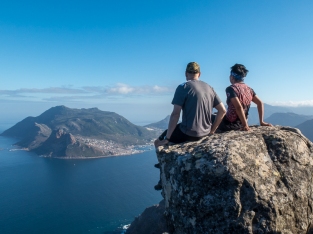 For the last two years friends and I have started the year off with a hike or two on the numerous mountain peaks that surround us in Cape Town. While enjoying ourselves on these hikes we’ve all been guilty of saying that we really should do it more often given the proximity and access to great hiking trails we have in our very own city. Then work starts getting busier, our social calendars get booked up and inevitably the hikes become fewer and further apart until it’s the end of the year again and as everyone gets bored os sitting on the beach we end up hiking again. Well not this year, 2014 is going to be different. 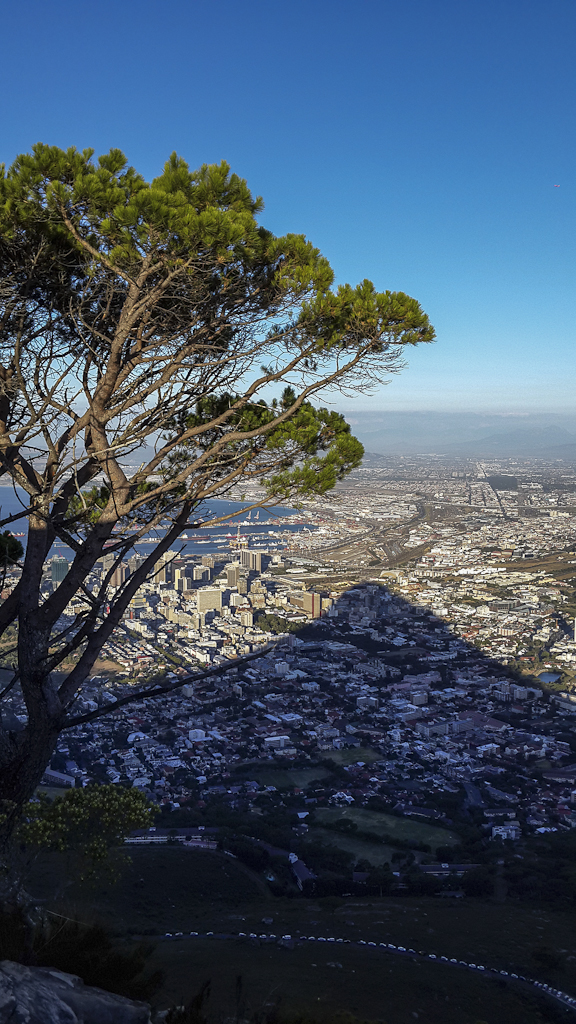 A friend from gym said they wanted to start a weekly climb up Lion’s Head on a Wednesday evening and of course I was in but the first week it clashed with one of the Summer Trail Series runs and was one of the hottest days of the summer but I had made the resolution and climbed up anyway. The second week however there were a group of us that made it and what a great evening it was for a climb to the top. Starting at 6:oopm we were half way up as the shadow of Lion’s Head was slowly creeping towards the foreshore but my favourite view on the way up is END_OF_DOCUMENT_TOKEN_TO_BE_REPLACED 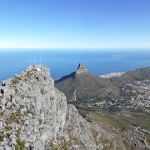 In another first for 2014 I climbed Table Mountain using the India Venster trail. I have lost count of how many times I have hiked up Table Mountain but I had never been up India Venster until last weekend. The week before I had climbed Lion’s Head with a couple of friends and we all said we should climb Table Mountain again but we all agreed the usual route, up Platteklip Gorge, was boring so I suggested we try something new. India Venster is said to be more technical and not for the novice hiker but we were up for the challenge and so the date was set.

I always advocate an early start when hiking, so you get to climb in the cool of the day and before the suns rays get to harsh. The plan was to meet at half past six at the lower cable station. Well, that was the plan but there was a slight mix up in communication which saw me only waking up at 6:10 not ready to hike. After a slew of messages and slightly desperate phone call from the rest of the group who were already there (because I was the one who supposedly knew the route), I told them to start hiking and I’d catch them up. END_OF_DOCUMENT_TOKEN_TO_BE_REPLACED

Lion’s Head – by the light of the moon

A hike up Lion’s Head at full moon has been on my list of things to do since my family moved to Cape Town in 2002 and I first heard about it. Every year it has come up in conversation around the braai on various occasions followed by “we must do it! When is the next full moon?” but it’s never happened; until now that is! Yesterday the weather was as near perfect as can be. No wind, clear skies with great visibility and while the moon wasn’t full (that happens on the 28th) it was very nearly there and more than bright enough for our hike. We met at the start point at 6:00pm and started up the winding path that resembles the ridges of a snail’s shell spiralling up the mountain. Being one of the hottest days this summer, we soaked up the shade on the city side of Lion’s Head where we took a break to sip on some water and marvel at this view of Cape Town.

It took us just under an hour to make it to the top, nearly 2200ft above sea level, where we chose a comfy-looking rock from which to enjoy our END_OF_DOCUMENT_TOKEN_TO_BE_REPLACED