Why drive to lunch, when you can fly?

My friend Hilton called and said that he and a mate wanted to fly to the Black Oystercatcher for lunch and was I keen. Of course I was, not only because I love flying but because I had also visited the Black Oystercatcher before and know they have some great wines and a delicious lunch menu. While it would probably take around two hours to drive there from Cape Town, our flight time from Morningstar was going to be less than an hour.

Hilton and Sarah took off first as their Decathlon didn’t quite have the same cruising speed as the Paul’s RV 7 that I had the pleasure of flying in. We gave them about a 15 minute headstart before we powered down the runway and took to the skies on what was an absolutely perfect autumn day in Cape Town. After take-off Paul gave me the controls for a couple of minutes while he programmed the Black Oystercatcher GPS co-ordinates into the Easyplan App. Paul did quickly remember to point out that the controls of the RV 7 are much more sensitive and responsive than a lot of the other light aircraft I’ve flown, it was incredible, the lightest of touches and I turned us left to follow the N1 towards Franschhoek. Paul then took back controls and I got my camera out to capture some of the unique vistas. 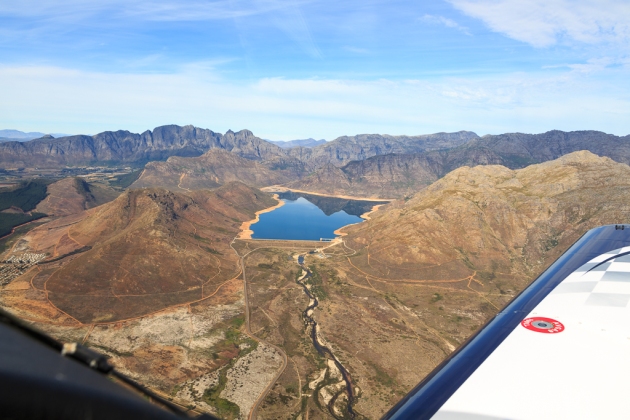 We caught up with Hilton just after Caledon and then had one small mountain range to get over before descending to a gravel runway.  END_OF_DOCUMENT_TOKEN_TO_BE_REPLACED

A few weeks ago I was privileged enough to be part of a media team invited to document the first flight of the Paramount Group and Aerosud’s AHRLAC – Advanced High Performance Surveillance and Reconnaissance Aircraft.

Justin de Reuck, myself and Hilton Mundy in front of the AHRLAC

AHRLAC serves the purpose for the intelligence, surveillance and reconnaissance and counter-insurgency missions; coastal patrol, anti-smuggling and disaster relief capabilities.

It was amazing to meet the passionate and dedicated crew that have worked for so many years to make this concept come to life and to be on the ground as the wheels lifted off the runway for the first time. There was exciting and relief at the same time. Here is a short video of this momentous occasion. 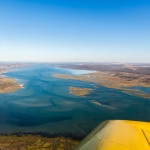 Last week I was lucky enough to go flying again with my mate Hilton Mundy, this time in a Sling 2 light sport aircraft. We had planned to fly around Cape Point for me to take some pictures but the infamous south-easterly was howling across around the peninsula so we discussed some alternate routes and decided to head up the coast to Yzerfontein and West Coast National Park and then come back along the beach. 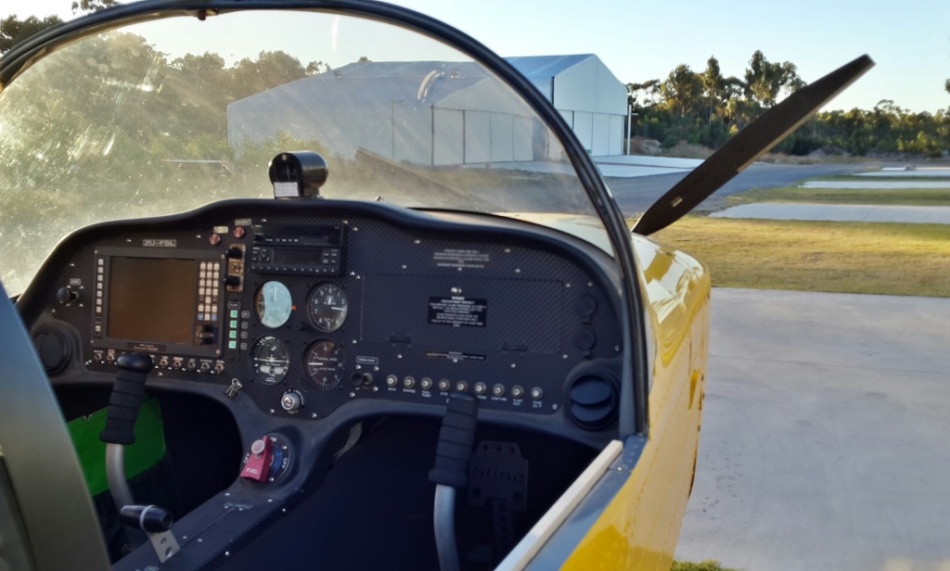 It was a perfect morning for flying at Morningstar airfield, just as the sun was peeking over the trees we pulled the aircraft out of the hangar, did the preflight checks and we were all set. There was no one else around as we taxied to the start of runway two zero, waited for the oil temp to reach normal and made our final radio call before takeoff. END_OF_DOCUMENT_TOKEN_TO_BE_REPLACED

Those of you who know me and follow this blog will be aware of my love for flying and anything aviation related.

I haven’t had much spare time in 2013 because at the beginning of this year, my friend Hilton Mundy and I put the wheels in motion to fulfil a goal we’ve been working to achieve for some time and that is to create, produce and film a South African aviation magazine program.

We have some incredible aviators and aircraft that fly our African skies, but sadly, there is no dedicated video series supporting our passion for aviation and to showcase interesting insights into our community that could build and strengthen the aviation industry even more.

That is about to change. We have taken on the task to change the status quo and pitch an aviation magazine TV show, whose format and style aims to fill the gap. We aim to get the attention of both potential sponsors & networks to hopefully broadcast and showcase more on our local industry.

Fuelled by passion, commitment and with zero budget we have filmed a 24 minute pilot. This would not have been possible without the 100% commitment and drive of our team plus an incredible amount of co-operation by the featured subjects.

To date we have received endorsements for this initiative from:

The challenge is always funding, and this is where we need you to help. No we are not asking for your money – just your support.

There are three simple ways you can help: END_OF_DOCUMENT_TOKEN_TO_BE_REPLACED

What do you get when you take a clear winter’s day in Cape Town, have a helicopter filming from the sky, three more cameras on the ground, a huge Freightliner Argosy truck and trailer rig and Table Mountain as a backdrop?

A couple of weeks ago Hilton Mundy and myself went to Mossel Bay to film The Dias Festival Air Show took place over the weekend of the 2nd February in Mossel Bay. This festival was 1st established back in 1988 to commemorate the 500th anniversary of the landing of Bartolomeu Dias at Mossel Bay.

The air show was organised by Sharon Malcolm & Hans Potgieter & ran like clock work from start to finish. The aircraft that partook in the display were the Eqstra flying Lions, L-39, RV-7, RV-8, Cessna 337, T-28 Trojan, Zlin 50, Pitts Special, Magni M24 & Starlite choppers. One of the highlights of the day was the 27m South African Flag hanging from skydiver Ralph Ridge.

Sit back and enjoy these four minutes of action packed highlights from the show.

Going for a quick flight over Riebeek Kasteel

I have always had a love for aviation and a few years ago I took a step towards something I had always thought I wanted to do which was getting a pilot’s license. I started flight training with a friend of mine, Hilton Mundy at a little airstrip called Delta 200 out near Melkbos, up the West Coast from Cape Town. For various reasons I stopped my training but Hilton carried on and while it was a long road he eventually got his Private Pilot’s License (PPL) about 5 months ago. Having followed his progress and sharing a love of aviation, ever since I have been looking forward to going flying with him.

It was a couple of weeks ago that the weather was favourable and we were able to get up in the air. Taking off from Morningstar Flight Academy, where Hilton completed his license, we pulled the Ikarus aircraft out of the hangar and after a bit of trouble END_OF_DOCUMENT_TOKEN_TO_BE_REPLACED

Learn to beat the burn

Yesterday I went along with my nephew and brother-in-law to the Volunteer Wildfire Services (VWS) Open Day at the Newlands Forest Station. This wasn’t an entirely new experience for me as I had signed on as a new recruit with the VWS back in 2009 but ended up relocating to China before I could complete my training for that season. I really enjoyed the people who make up the volunteer group and vowed I would sign up again when I returned. You too can register for the next recruitment drive which should be in March next year for the 2013 fire season. 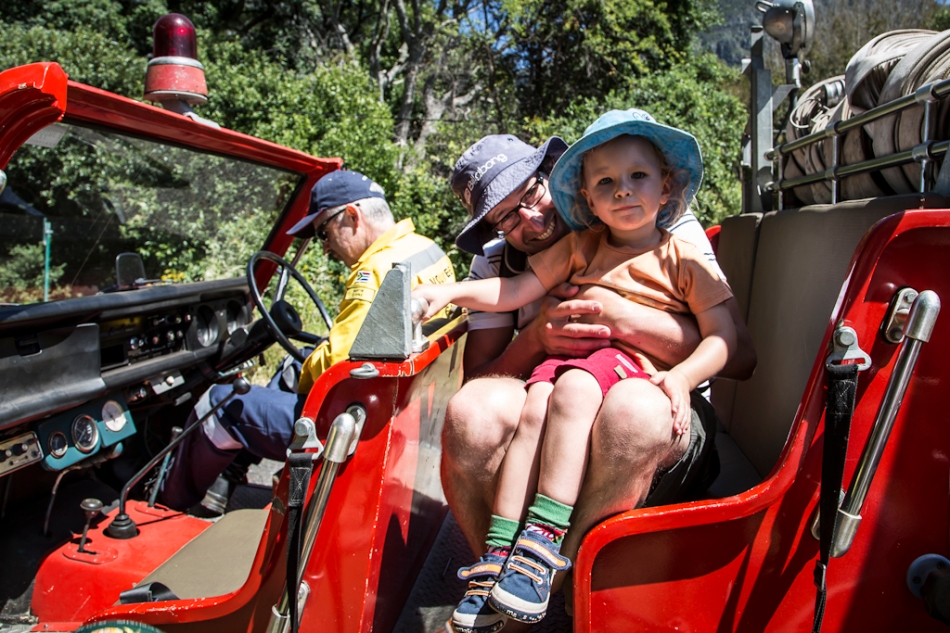 For my nephew though the Open Day was all about seeing a fire engine and watching the helicopter display (which I was really excited to see too) and we weren’t disappointed. We kicked off the activities with a ride on this old fire engine with sirens blaring, then it was on to END_OF_DOCUMENT_TOKEN_TO_BE_REPLACED

A couple of weekends ago Hilton Mundyand I drove up to Mossel Bay to cover the PetroSA Cape Regional Aerobatic Competition 2012. The weather didn’t exactly play nice for the practice day on the Friday with pilots waiting in Oudtshoorn for the clouds to lift so they could sneak over the mountains which they eventually did. On Saturday the sun rose to reveal clear skies and the competition was on!

The rest of the competitors flew in from Cape Town and Stellenbosch that morning. There may have been clear skies but there was also a strong wind blowing which made some of the pilots anxious to compete but by mid-morning the wind had changed and after a short briefing the action all started. After very little action the day before we were busy the whole day filming the aerobatic displays and all the action on the ground but I did get a chance to go up with the competition director, Hans Potgeiter, of Mossel Bay Aero Club in his Cessna 337, which is a rather unusual looking END_OF_DOCUMENT_TOKEN_TO_BE_REPLACED

You’ve seen the pictures (here) now it’s time for the video of the SAAF Air Power Capability Demonstration at Roodewal weapons range. The program consisted of various simulated exercises and saw the likes of the SANDF participating at the event. VIPs and spectators were treated a display of various scenarios ranging from mortar attacks, light artillery drops, air supplies, counter attacks by jet fighters, photo reconnaissance and fire fighting.

Roodewal Weapons Range is situated in the Northern Province, roughly halfway between Polokwane and AFB Makhado.