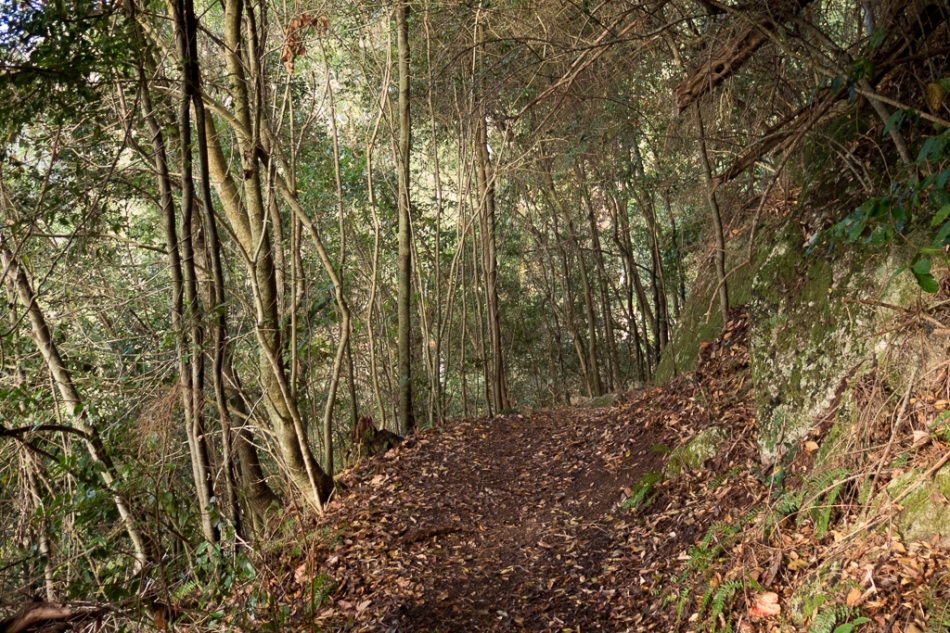 You continue up the rocky riverbed until the ravine narrows and a large cairn signals where you must turn right and traverse along the bottom of a cliff face. Once around the cliff face you turn up steeply again up a narrow gully where we nearly had a rock fall incident with a large rock barely missing a member of our party further down the path. 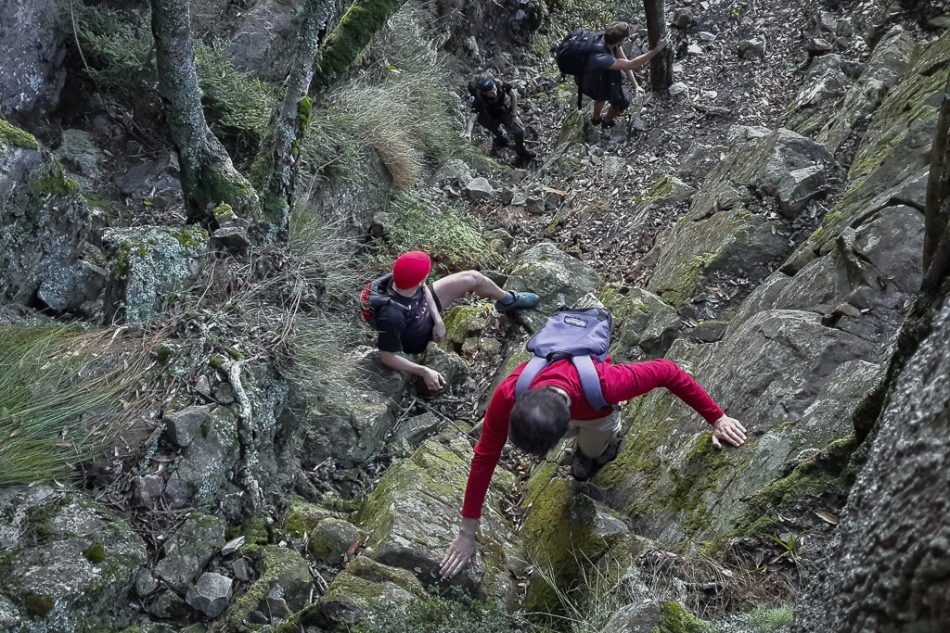 Once at the top of this section it opens out on a small rock platform and you get your first view out over the southern suburbs which were still covered by low cloud the day we climbed.

Another traverse to the right and you make you way up Ascension buttress. When you meet the rock face you drop down to the right again into Ascension ravine and you look up a green gully top with sheer cliff faces. At the top of this gully you can take a short detour out to a rock pinnacle called the Pulpit with an incredible view straight down over Newlands. 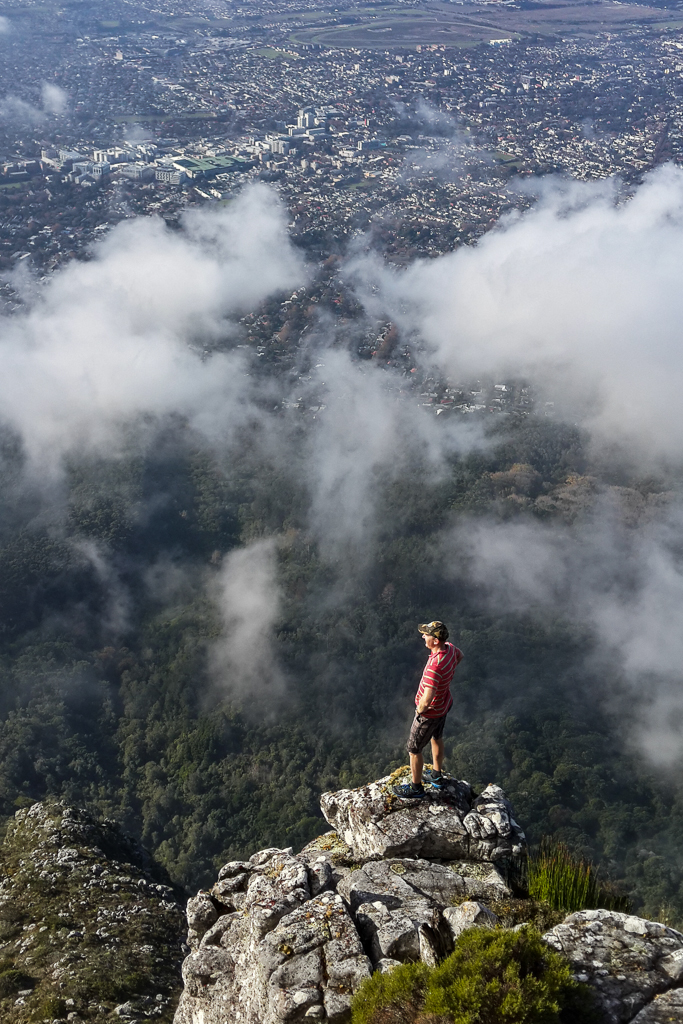 Making your way back towards the mountain there is just one last rocky scramble to the top and a short walk to join the main Smuts path to Maclears Beacon. 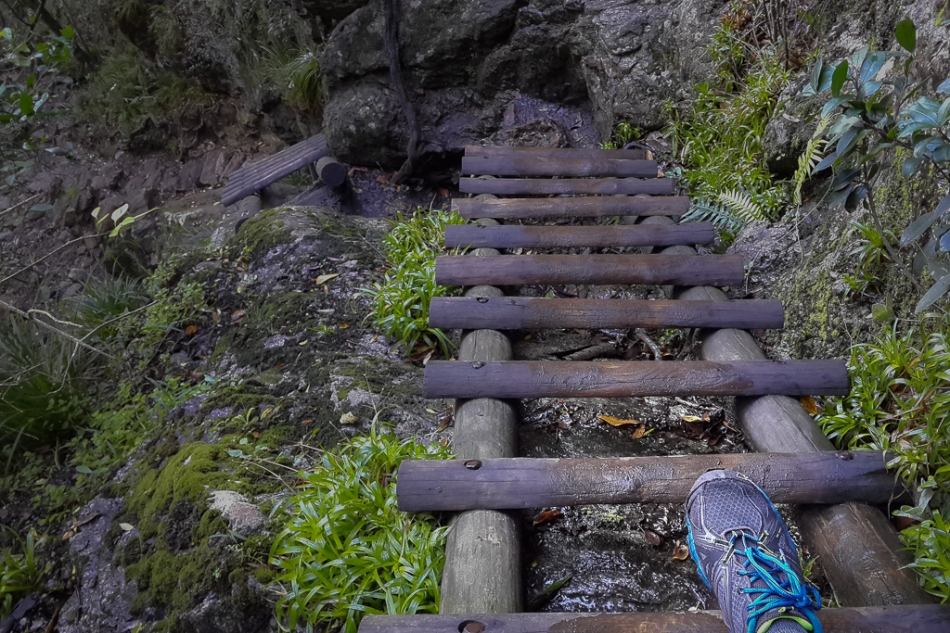 We had started the hike just after 7:00am and only made it back to the Newlands Forest parking lot almost seven hours later. This route is definitely only for fit and experienced hikers and should not be attempted without a guide or someone who knows the route. While it is undoubtedly the most challenging route I have ever taken up Table mountain, it has also been the most rewarding route I have ever taken. While not an everyday route it is definitely one that you should do if you ever get the chance and are up to the task.