Cape Town is a great place to live except that for someone like me, who loves the African bush and wildlife, it is thousands of kilometres away from any wildlife parks that boast the Big Five. I was fortunate growing up in Zimbabwe where we often went away during the holidays to the various national parks across the country where rhino were plentiful. Every time friends from abroad come to visit and say they want to go on a safari and see lions, the conversation starts to resemble what one might hear in a courier dispatch office trying to get a package overnight from Heathrow, road freighted to Kruger and back, before same day delivery to Cape Town.

There is one alternative though, Addo Elephant National Park! Situated just outside Port Elizabeth, Addo is a mere 819km from Cape Town along the beautiful Garden Route. While not the typical African savanna vegetation that I know and love, Addo does have the Big Five and is also a non-malaria area. I had heard lots of good reports about Addo and so I thought it was about time I went to see it for myself.

While you could drive from Cape Town to Addo in one day, it is quite far and there are so many great places to stop along the way, like we did in Tsitsikamma (read more here),  and it’s worthwhile breaking the trip if you’ve got the time. After a quick stop in Port Elizabeth to stock up on provisions, we arrived at Addo mid afternoon. Having checked in we went straight to the underground bunker at the main rest camp for our first glimpse of game and weren’t disappointed. We found a 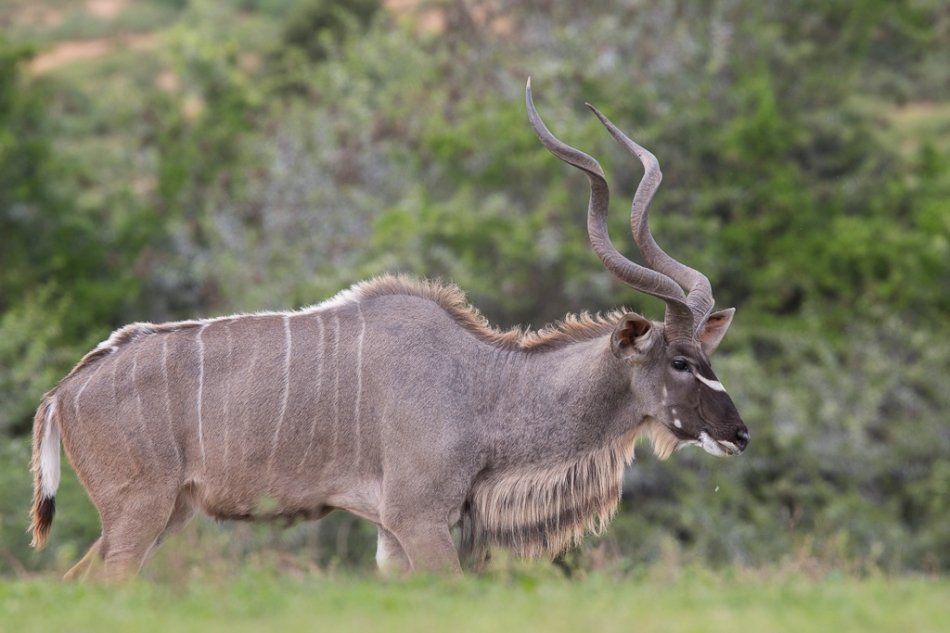 Itching to see more we entered the park, but the density of vegetation got me a little worried about the chances of seeing game,  but it wasn’t 5 minutes before we reached an opening and saw our first elephant , right next to the road. Then just around the corner and over the rise at another watering hole, we came across a whole lot more elephant. I have never been so close to so many elephant in my life. A little too close for my liking with some of them like this one that looked as if he was making straight for us. 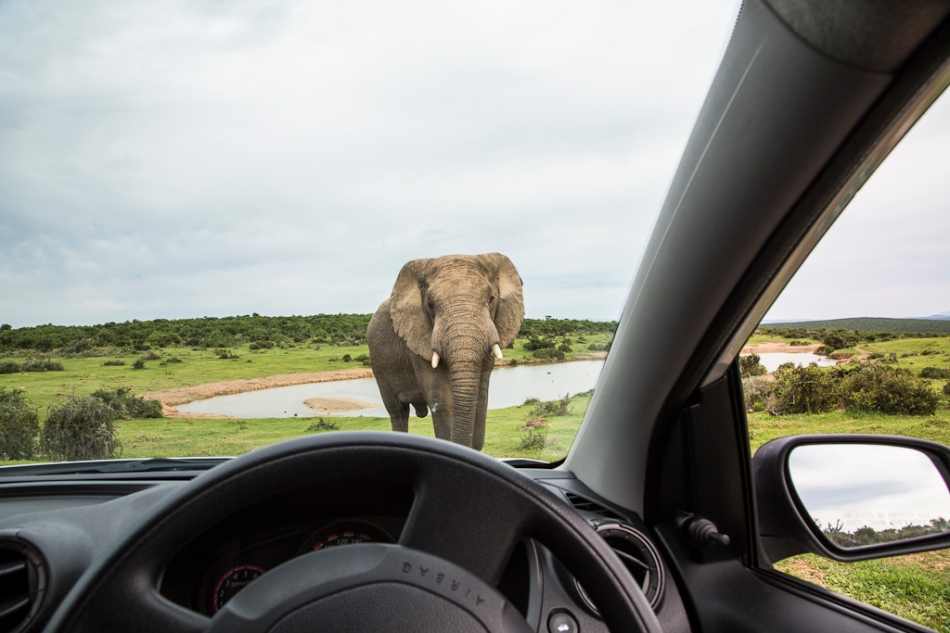 As the sun sank towards the horizon we had to make our way to our accommodation at Spekboom Tented Camp as we had to be in by 6pm but most of the action in the bush happens at sunrise and sunset, not to mention that it is also often the best light for photography. Then a bird swooped across the road and landed on a shrub not 15 metres from our car. I immediately recognised it as a Black Shouldered kite and suspected that it may have dinner in its talons. Quickly reaching for my Canon DSLR with a 400mm lens attached, and focusing on the kite, I could see the mouse in its clutches. 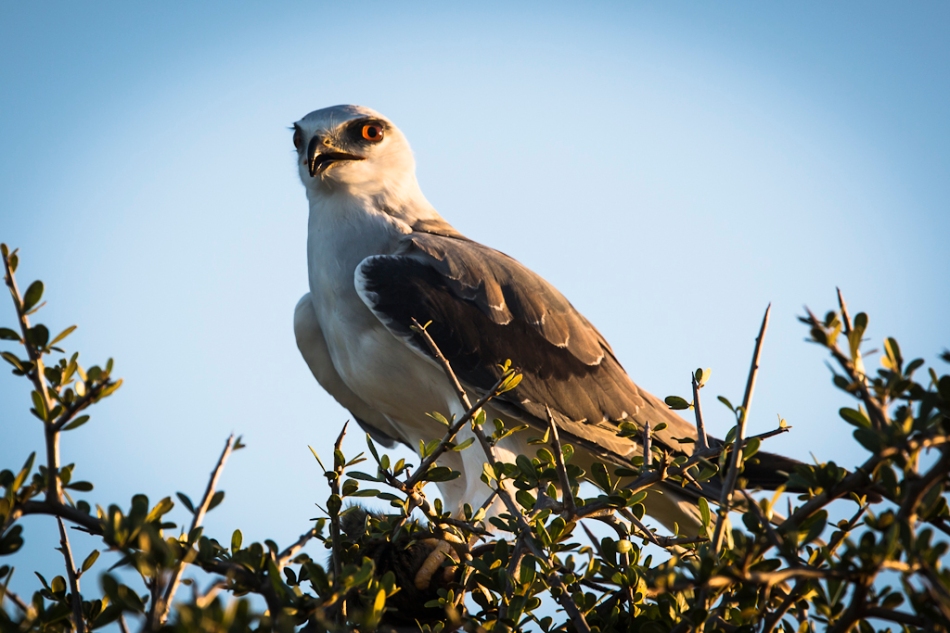 We still had another five days to look forward to in the park but having already seen so much I didn’t need to see any more to make up my mind that Addo is a great safari destination. It may not be as big as Kruger and it might not have as many cats as the Kgalagadi but it’s special in it’s own way. We would go on to see countless warthog, eland, red haartebeast, lion, buffalo, hyena, spotted eagle owls and caracal  to name but a few.  The roads are tarred near the main rest camp and then dirt for the rest but you don’t need a 4×4 so it’s accessible to everyone. There are also a range of activities that you can do like game drives and horse rides which I’ll tell you more about in my next post…